Everything and anything Pirate! No need for anything else, just Pirate! (And maybe Knight. And Rabbit.)

The real mystery is why any of this is a mystery.

It’s a mystery to everyone.

The weird thing is that this is reality.

It’s all just a bit unclear.

Better hope she doesn’t kick back.

Really, it’s her fault for being in the way.

The cannon fire is a nice backdrop to the conversation.

Would you eat it?

This is the guy who buys all the eyedrops.

Swearing is an art.

Say unto others what you wouldn’t mind them hearing.

Someone stop this birthday monster!

Put it back, Pirate!

Mother’s Day is…you know what, go for it Pirate.

Where’s PETA when you need them?

Everyone’s got to have a snack.

There’s no rest for the overworked.

Don’t question it, it just works.

I hope she wasn’t planning on making soup. 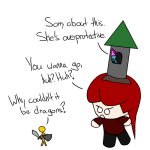 Who needs dragons when you’ve got Pirate?

You know they’re out there. Watch your words!

I’m not sure if this is attempted murder or what.

It violates humanitarian rights AND it tastes bad!

Just one of those days, right Samsa–I mean, Knight?

At least we know SOMETHING was working.

The Easter Bunny is a really shady figure when you think about it.

They world may not end with this manga, but it would be worth it.

I prefer cars or walking, myself.

Is it worth it, hamsters?

Cute is not edible!

Just wait until she falls asleep.

Apples are all you need in life!

…I think that one’s just on fire.

If I had a rain cloud, I’d shower every day.

It’s not a Good Mythical Morning over here.

Just don’t think about what touches your food.

Time for a haircut and a fire extinguisher.

It’s a work in progress.

Just get the painkillers, guys.

Who needs insurance when you have armor?

Put the chicken back, Pirate.

Transportation at its finest.

It’s slow, but at least you get free balloons!

I’m still waiting for my banana phone to ring.

The punishment for lying is death. Telling the truth is also punishable by death.

Regrets come after the tree crashes down.

The best gifts are edible.

‘Tis the season to be lazy…

Some things just aren’t desirable, even if they are edible.

You have to suffer for good food.

It’s a work in progress.

Bad marketing is better than no marketing. Too bad I don’t have a marketer.

One of these gases does not belong.

Halloween is the origin of tooth rot.

If pumpkins could scream…

These costumes are PG-13. At least.

You can’t solve taxes with an axe. (Or can you?)

Way scarier than any ghost.

I…think no stick-people were harmed in the making of this picture.

This is where all the weirdly-carved pumpkins come from.

Diamonds aren’t really that useful, are they?

Pirate’s got a violent reaction to rudeness.

Pirate gets a lot of hazard pay.

Some days we need a recharge. 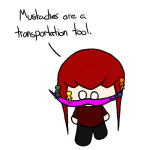 It’s the only way to travel…?

Her special ingredient is patience.

That’s…stay away from Knight, everyone.

You could always just ask her nicely.

I prefer faster food myself.

I wish for a cake as relatively big as that one.

Spitting on the sidewalk is also punishable by death.

Who gave her a license to practice medicine!?

It’s a metaphor. For something.

Pirate’s concept of value is odd. (Or is it normal?)

Too bad she forgot the portable grill.

Better get a bigger shield, Knight.

Being heavy has its advantages.

Put it back, Pirate.

She’ll accept pepperoni and mushrooms as well, though.

Do stick people even have mouths?

Malpractice? No such thing.

She might not be happy, but she’s rocking that hat.

Respect the heavy ones, Pirate.

Disclaimer: No stick people were eaten in the making of this picture.

Maybe it needs some soy sauce too.

It benefits no one but Pirate.

Maybe they should try the silver standard instead.

She just can’t get a break, can she?

Not her greatest fashion hit.

Neither one will live while the other survives…

It’s not made of cheese, Pirate.

It’s not worth it.

Even worse than a fly. 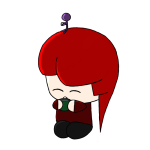 Tea and silence are good things.

And this was the last pancake day ever.

Everyone needs some quiet time.

You know, Pirate could just squash them.

Nobody move, and let’s hope the blade is stuck.

Tornadoes are best experienced at knee-level.

She’s mean even when she’s sober!

Try not to squash him, Pirate!

She’s a tough kid with a tougher stomach.

Not your dinner, Knight!

Pirate could use some lessons on playing chess.

Those who cheat…end up getting squished by Pirate!

It’s not a good day for Dr. Tophatteus.

Being a jerk is a sin too, Pirate.

If only it were that easy, Pirate.

You’re going to need an army.

Overflow is better than no flow…?

The box is a lie.

I’d hate to see them try to swallow a pill.

They’re words she lives by.

I’m not sure you should try eating these plants, Pirate.

She’ll have to stay hungry for a while.

I don’t think he’s going to be invited again.

They’re doing their best, but it’s not enough.

The answer is ‘no’, Pirate.

There are smaller things in life than you, Pirate.

This is what she does when bored.

It’s the only way to travel.

She’s not kidding either.

Is it paranoia or prudence?

Flowers, flowers everywhere! Even on your head!

The cake is not a lie. And it looks awesome.

Is it worth it, Pirate?

Not a good day for this snowman.

This is the advanced stuff.

They’re a little rough around the edges.

How long until she turns around?

Knight’s bedside manner can use some work.

It’s all about the suit.

It’s not a literal expression, Knight.

When life gives you lemons, add sugar. Lots of it.

The chopsticks are there for a reason, Pirate.

You have been warned.

“Down in the valley, there were three farms… “

I want that crown!

Grow plants, and eat them.

Pirate’s not the best invite to a tea party.

It tastes better with salt.

It’s a bath AND a dinner!

Butterflies aren’t known for their intelligence.

Be this madness or genius?

Knight is no match for the forces of Magnetism!

Who are you and what have you done with Knight!?

Waking up is for the weak.

That. Is not a good computer virus.

Someone got to it first!

Print me out and write a message on me!

A world without color…The Giver!

She does have hands!

The mysterious thief of pizza!

I wonder what she’s singing?

Take a break every once in a while!

Not sure how to describe this one.

Failure is failure, no matter how you spin it.

Would you reel her in, or let her go?

It’s not Christmas yet, Pirate!

So close, yet so asleep.

The real question isn’t how she got there, it’s how she’ll get down.

The only audience you need is yourself.

She’s one with the flower.

She’s a drummer marching on!

Rain isn’t fun when it’s falling on your head.

Pirate likes to improvise her umbrellas.

It’s all about style.

Which one will remain…?

Everyone should have one.

She commands you…to give her an apple!

Pirate’s of two minds about Yang and Yin.

No matter what you say, she’s not going to hear it.

Don’t get in her way.

Being sick is no fun.

To see a world in a grain of sand, And a heaven in a wild flower, Hold infinity in the palm of your hand, And eternity in an hour. –From Auguries of Innocence by William Blake

Pirate does not approve!

‘They march among the midnight glow…’

Pirate has sad memories too.

Popcorn is a must.

I don’t think she actually knows how to use the computer.

Pirate is not a Pokemon!

She’s got a shield AND a sword!

A flower? How cute!

‘There goes a fighter!’

Whaaaaaaaat did you say?

She’s not a pirate, she’s Pirate!

What are you looking at, Pirate?

Pirate doesn’t buy it. Neither should you.

You will be fried, ant. For science.

Pirate knows the value of a bowl of soup.

The bugs must die!

Everyone has a bad day once in a while. Even Pirate.