You’re in her drink.

Not the most tactful of gifts, Pirate.

Creativity is just a point of view.

It’s a strange world, after all.

All inventions can be used for good…or EVIL.

You can’t escape them.

It’s not acid blood, at least.

It’s hard being a sheep.

Just get the wedding gift, Pirate.

Food is wealth in Pirate’s world.

Is this the real comic, or are we all fake?

Frog, frog go away, or you’ll get squashed one day.

Let’s turn a bad day into a good one.

And they were never seen again.

The moral here is never trust Pirate with your life.

She always hits her target!

And that’s how the war started.

What a surprise! How did she do that Pirate?

It’s what you make of it, Pirate.

Help them out, Pirate!

Bet you she gets an A+ on that exam.

A tragedy worthy of Shakespeare.

Don’t mess with the scariest monster around.

See, the mask is a good thing.

…Then who is that?

Misery loves company. So does the flu.

Many people were harmed in this experiment.

Biological warfare at its finest.

When you stare at your food, your food stares back.

And now: economics theory with Pirate.

Some days the bird poops on you. Some days you eat the bird for dinner.

Where do the sunglasses come from?

Pirate challenges you to donate! Or dump a bucket of ice water on your head.

Eat them all before they eat you!

This is not a good thing, Pirate.

Some mistakes are permanent.

Is it cheating, Pirate? Or is it just luck?

What kind of person are you?

You will learn, or be poked with a sword.

Believe it or not, it’s worth half-credit.

Water! So good and so scary!

An apple cures everything?

One rock can spread misery to the world.

It’s been a bad day for Knight.

Dialogue that would make Shakespeare weep…or not.

Too warm for armor, Knight?

What they don’t mention in the famous legend.

Knight is a problem-solver!

That’s not what soda is for, Pirate!

It may not be pretty, but it gets the job done, right Pirate?

Have a fun April Fool’s Day!

It’s the only way to bowl.

Far worse than a raccoon, friend.

At least it’s not an orange cat…

So, how’s your day going?

Sleep is more important than fun.

Your money or your warmth!

Can you see through the cunning disguise?

I’m not sure…what’s going on.

There’s only one way to deal with thieves.

The origin of the endless battle!

Do you even know what rabbits are, Pirate?

Fireworks are not toys. Or weapons.

Even when you fail, it’s important to try again.

Those aren’t your presents, Pirate!

They can see you Pirate!

Is she brave or is she a fool?

She is not pleased with this fruit.

Cold is bad. Blankets are good.

Did you do this Pirate…?

It’s the cruelest form of torture. 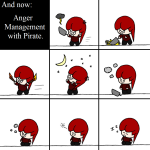 She’s got a short fuse, and a shorter memory.

They’re not her friends. 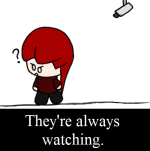 The ‘stache makes everything more awesome.

Pirate’s not good with words…or rules.

Pirate is done with partying.

I’m sure things aren’t supposed to work this way.

The stakes cannot be higher in this game.

Cough on Pirate and die.

Don’t be blown away, Pirate!

Some stories are best told without words.

Everyone should flip a table once in a while.

Yes. Yes they should.

Double double, boil and bubble! If Pirate’s cooking, then there will be trouble!

Where does all the water go…?

This is how REAL pros play!

Can she reach it?

The cake is not a lie!

That’s not how you use books Pirate…!

Words to live by.

The only thing better is an apple. 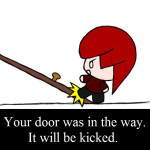 Pirate demonstrates the proper way to enter a building.