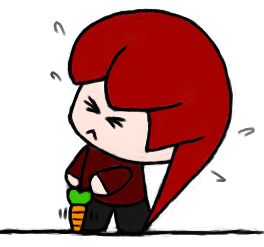 What a title. But I mean every word. My drawing hand is tired. Drawing Pirate every day can do that to hands. So I might not update tomorrow. Sorry. But I DO have another animation! I present: mad blinking Pirate. For all those times when you need a small red-haired girl to stare at you and blink every few seconds.

Pirate is mad. She also blinks. Can YOU blink when you’re mad?

PS: You have to click on the image to start the animation. Will work on that.

Took forever to draw, yet still unsatisfied. I’m no good at action scenes, let alone awesome amazing backgrounds, so what we get after AGES of work is…this. Pirate vs Black Knight. It’s after the dramatic sword slash, so who will fall first? 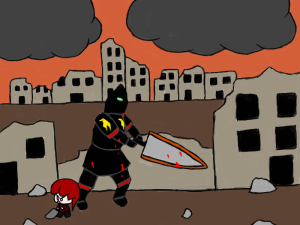 Who is that Black Knight? Be careful, Pirate!

Let’s not talk about Pirate today. 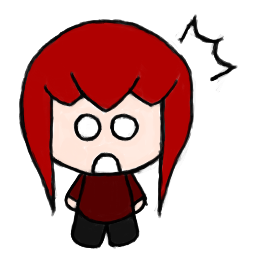 Whaaaaaaaat did you say?

I know, I know. But it’s time to bring more than just Pirate into this blog. Pirate isn’t the only crazy idea I’ve had over the course of my life (although she is the cutest!), and thus I decided to upload some of my better creative works to this blog. You can find them in the new page I’ve created: Extras! Go an take a look!

So I figured out Tumblr. Sort of. Seems like if I keep editing my Update post with new pictures, it won’t show up on Tumblr. Only new posts are automatically synched to Tumblr. That’s fine, I guess. But I will keep editing the Update post to show off the new pictures I’ll hopefully be drawing every day.

Enough about that. More about Pirate! Do you all eat food when watching movies on your TV/computer? It’s the only way to enjoy movies. Anything from popcorn to a bowl of noodles. That’s what Pirate is eating by the way. 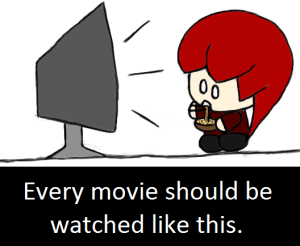 Also, I like fireflies. When they’re not crawling on me at any rate. And Pirate? She’d love them. 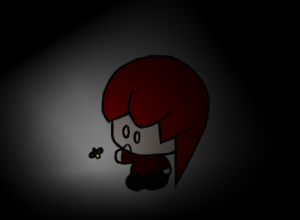 Why is Pirate in the Justice League? Is she really a superhero? Well, I can answer that one: no. But Pirate IS good a photo-bombing, or as I like to call it: Pirate-bombing. If you’re not careful, she might appear in one of your pictures! 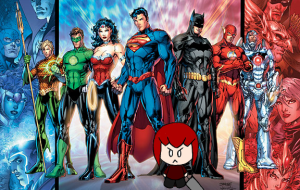 Everyone’s had them. Computer problems. And depending on how bad the problem is, the solution can be anything from a five-minute quick fix to an epic battle against the forces of evil, and far more sinister, the legendary Blue Screen…of Death! Well, hopefully I’ll get everything going 100% soon, and come out with some AMAZING pictures. Until then, here’s a short picture, and I’ll see about updating Tumblr with Pirate pics. The link is http://pirateaba.tumblr.com/ in case anyone’s wondering. 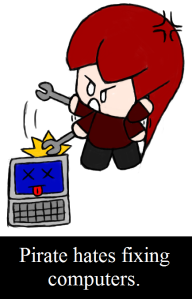 Pirate is going to new places! Pirateaba is now on Tumblr as well, so check it out — it’s probably the best option for sharing new pictures of Pirate. Just make sure to take out the ‘e’ in Tumblr; otherwise this happens: 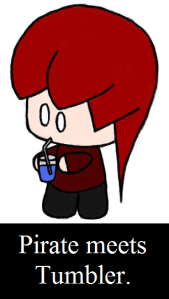 PS: I say this now, but I have yet to find out HOW to automatically post to Tumblr from WordPress. Stay tuned.